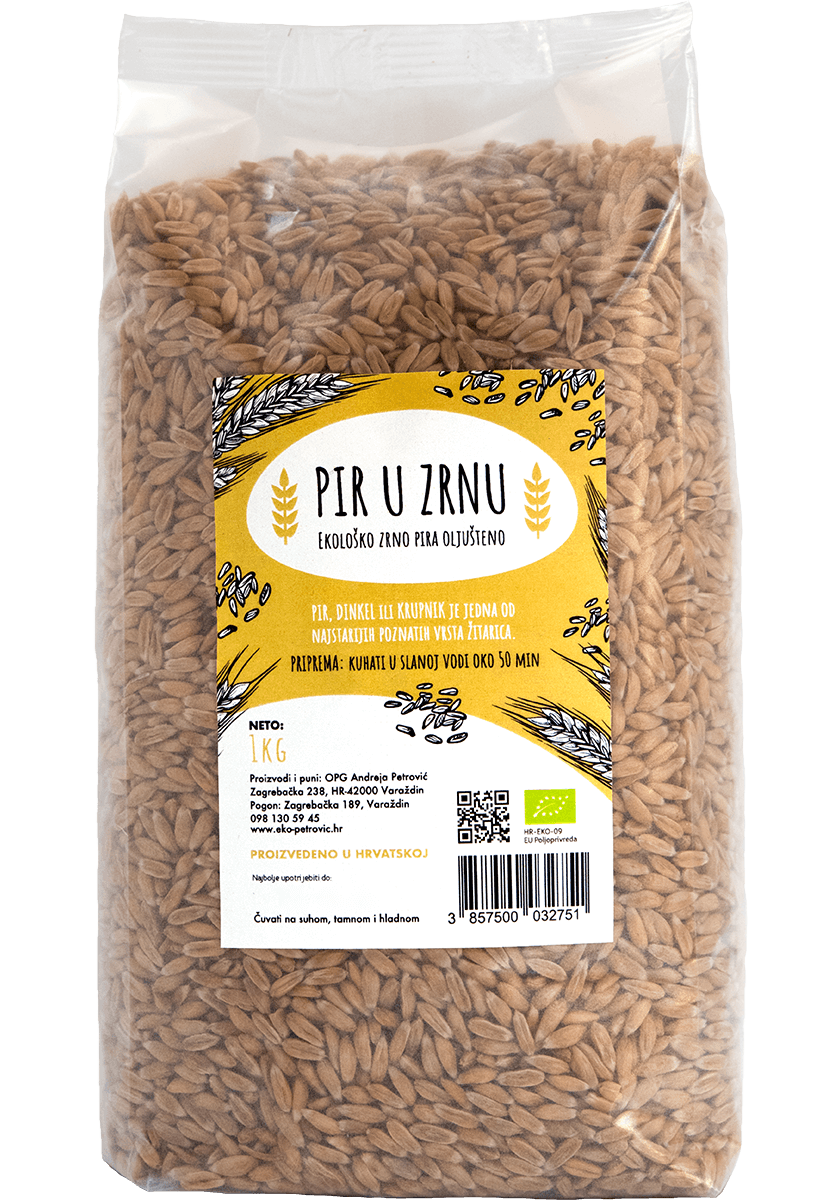 Spelt (lat. Triticum spelta) is a cereal that is a precursor of today's wheat. It is also called krupnik, dinkel or spelta. Spelt originated in Asia where it was cultivated as early as 5,000 BC. Today, its’ popularity is growing all over the world because it is an original grain that is not industrially modified. Unlike wheat, it has husks around the grain, which makes it significantly more protected at the expense of grain size. It is also easier to digest and more nutritionally rich. Spelt gluten has completely different properties from wheat gluten, and does not adversely affect health.

The whole grain of spelt retains the most valuable substances. To make the most of this cereal, it needs to be cooked properly. Rinse the spelt, strain it and put it in a bowl. Pour water over it.
Put 3 cups of water on 1 cup of spelt. Add a few pinches of salt.
Cover and cook until softened (40-50min).

Spelt strengthens the immune system, which is significantly contributed by its anti-inflammatory action.

It is especially healthy as a side dish and addition to stews, soups and salads, while flour is suitable for making various types of dough. Spelt increases energy, regulates metabolism and balances the work of hormones. Energy increases due to complex carbohydrates that are broken down more slowly. This keeps blood sugar and energy levels steady for a long time. Significant content of vitamin B3 has a beneficial effect on the hormonal system.

Roasted and ground spelt seeds can be used as a coffee substitute.

Sprouted spelt or spelt sprouts can be used to increase the yield.